Call Us Now, we would love to meet you: 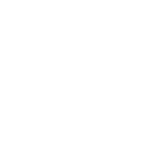 WELCOME TO OUR SITE

Why Include A Special Ceremony Within Your Wedding Ceremony?

AS SEEN
ON THE KNOT AND FOX

AS SEEN ON THE KNOT & FOX

It's an Honor to Perform a Wedding Ceremony

Bill and I, as Marriage Officiants, have the honor of performing weddings in New York State and New York City and beyond.  Bill is a Retired Judge and I am a Former Village Mayor, but we are also recognized as Ministers, qualified to perform religious and faith-based wedding ceremonies in addition to civil wedding ceremonies.

in planning your wedding and for live in general, a good recommendation for a service provider or for a store/vendor for an important purchase can be valuable for getting the best possible quality and saving time.  We highly recommend the vendors listed, based on our own experiences and the reviews of our friends and colleagues. Bill Corbett, Sr., is a Retired Associate Village Justice of Floral Park and has served as Vice President of the Nassau County Magistrates Association.  He is a graduate of Hobart College and Fordham Law School.

Bill and his wife Ann graduated from The New Seminary in New York City following an intensive two-year study program.  They were both ordained as interfaith (nondenominational) officiants at The Cathedral of St. John the Divine, Synod House.  Both are registered with the City Clerk of New York as marriage officiants. He is also member of the World Alliance of Interfaith Clergy.

Selected by “The Knot” to officiate at a live-streamed wedding ceremony on Valentine’s Day in Bryant Park, in New York City, Bill has also performed special wedding ceremonies at other unique venues, including the roof of the World Trade Center, shortly before its destruction on 9/11; on a Ferris wheel; on an ice rink; on a sailboat; at a camp; in several chapels; in a horse-drawn carriage in Central Park during a rainstorm; and on a Manhattan double decker tour bus.

His law practice is in Floral Park, New York, where he specializes in the fields of real estate, elder law and wills, trusts & estates and He has been an advisor to the United States Information Agency and the United Nations Communications Division; Vice President – American Institute of CPAs; Director of Public Relations – Avon Products; and President of the International Public Relations Association.  He was a U.S. Air Force Reserve Captain (Retired).  Bill is Past Commander and currently the Judge Advocate of the Floral Park American Legion.  He is a 2008 recipient of the Town of Hempstead’s prestigious “Make a Difference Award” for his outstanding service to the community.  In 2009 he received the Floral Park Spirit Award for his community service and an award from the PR Professionals of Long Island for his community service.

Bill has visited over 50 countries and every continent, including Antarctica, where he served on Operation Deep Freeze, the resupply of U.S. Scientific Stations, as Chief Air Force Information Officer.  He has numerous military honors including the Air Force Commendation Medal and the Cold War Recognition Certificate.

He has had the honor of meeting more than twenty U.S. presidents, vice presidents and individuals seeking those offices.

Couples often want to include one or more special ceremonies, rituals or readings to personalize the wedding ceremony.  The nature of these enrichments may be cultural, ethnic, tribal, traditional, religious, spiritual, unifying or family-centered.  Some couples request a wedding ceremony with both Ann and Bill officiating, or one of them may be asked to officiate with another celebrant.

Carefully selected ceremonies, rituals and readings provide wonderful wedding day memories. The beautiful, tender and heartfelt moments can be captured on video or in photographs that can fill a keepsake album. They may include the Rose Presentations to Mothers; Unity Candle Lighting; Unity Sand; Chuppah Reading; Rose Presentations to Mothers; Embracing a Child(ren); Breaking the Glass; Jumping the Broom; Irish/Celtic Hand Fasting; Greek Orthodox Crowning; Asian Red Thread; Ringing of the Wedding Bell; and Sharing a Glass of Wine.

Couples who want to include special readings have the option of asking one or more relatives or friends to recite poems, prayers or verses. Often, couples like to include a personal story about how they met and fell in love.

> Back to top of page